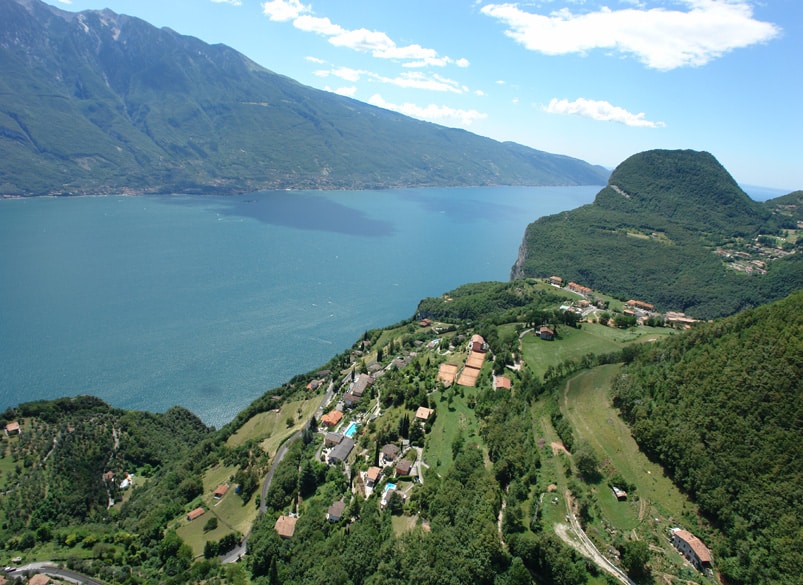 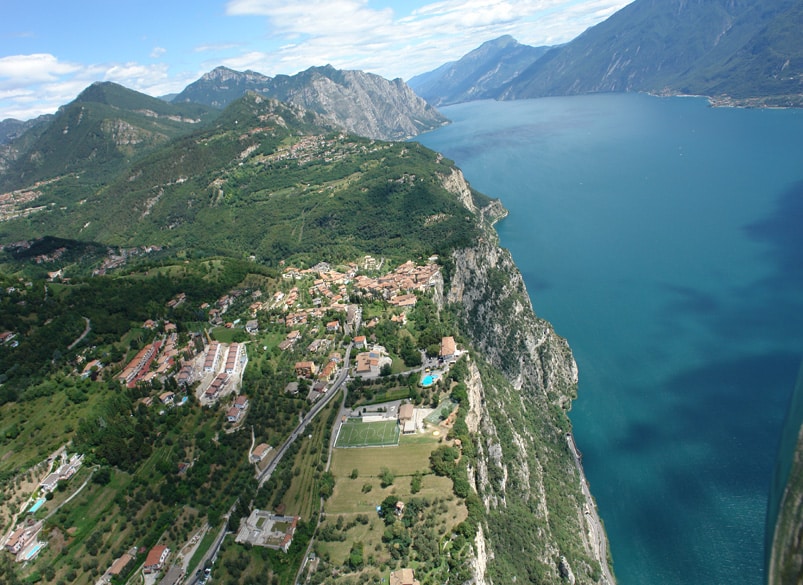 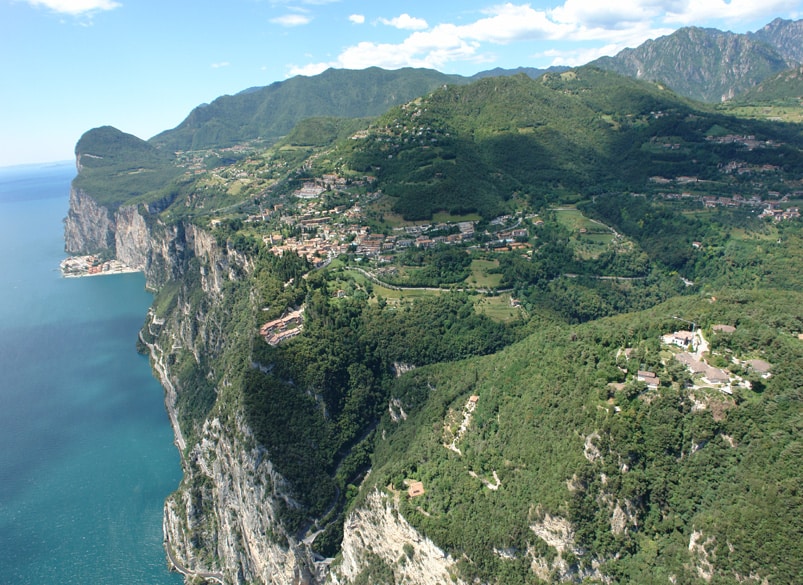 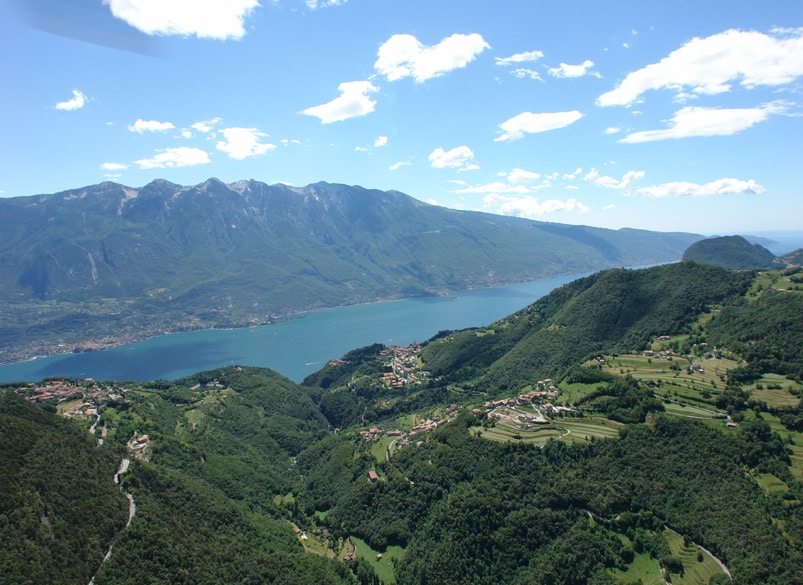 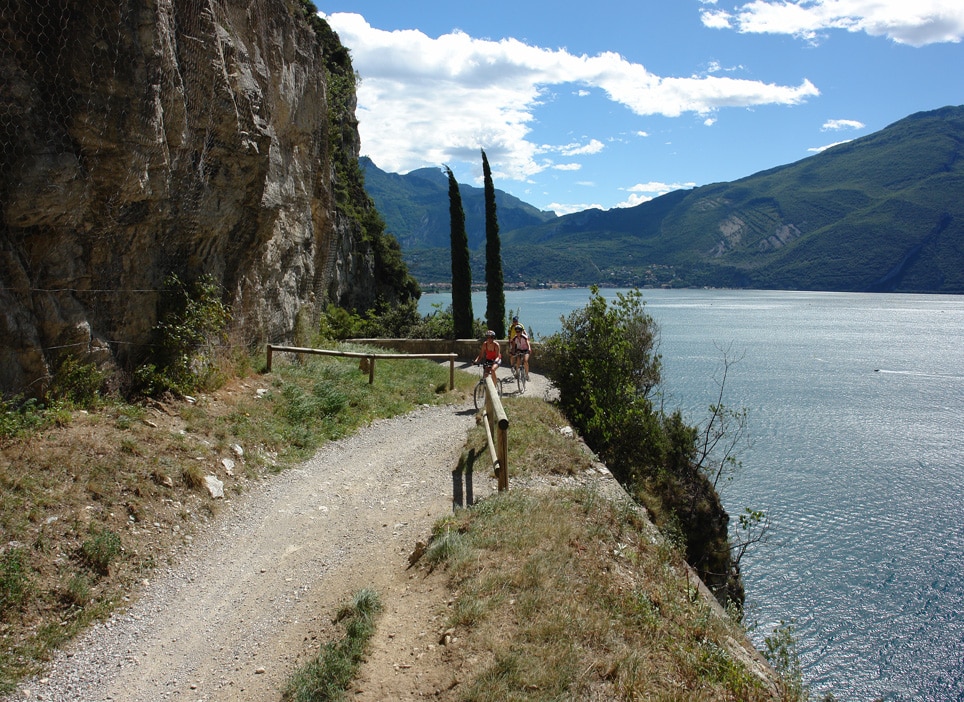 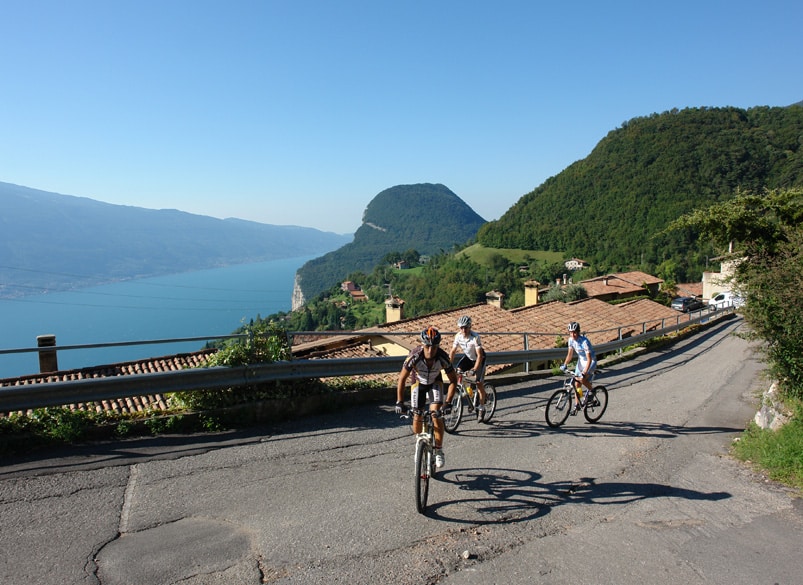 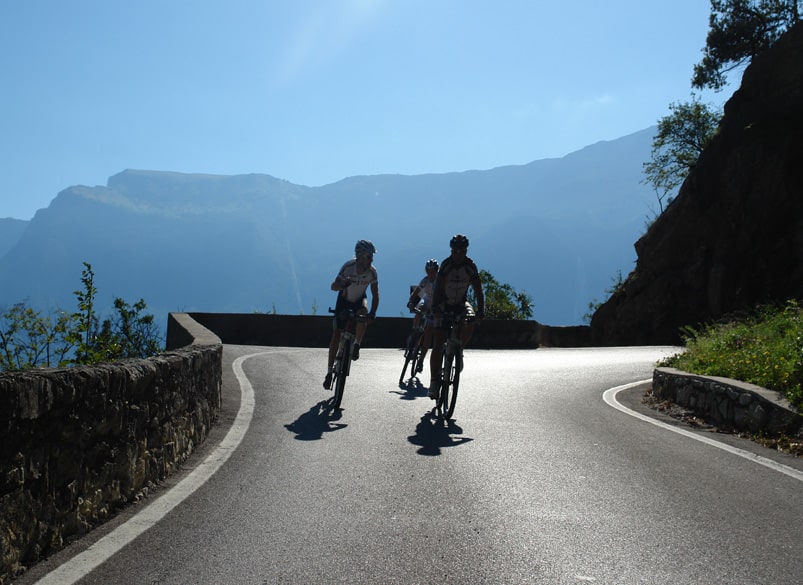 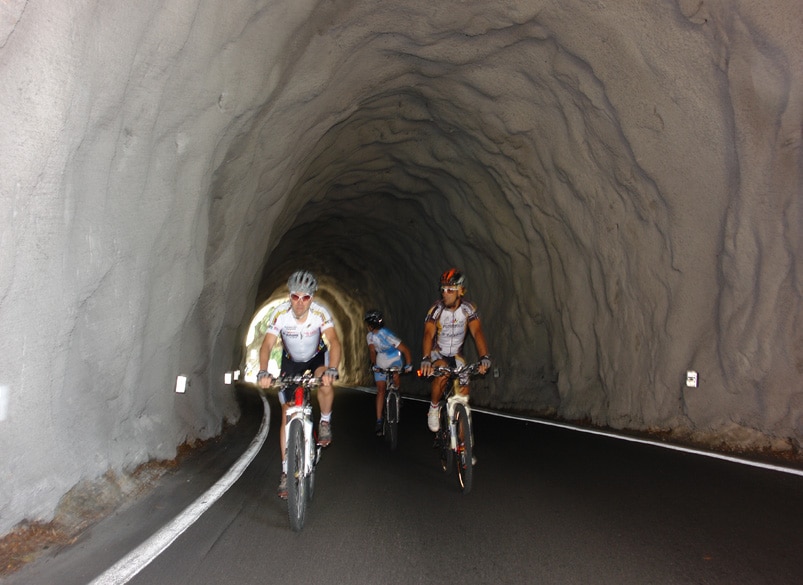 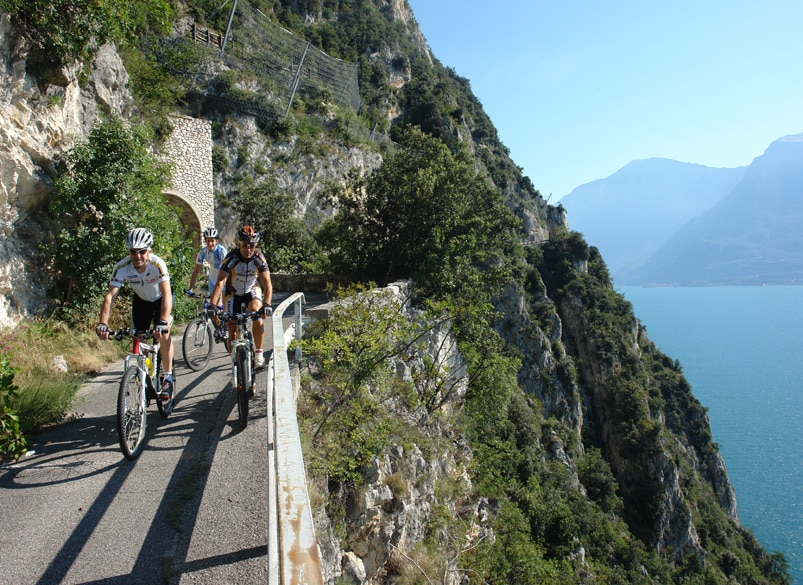 Eighteen small fractions: a, Campione, is on the lake, the other, Ariàs, Bassanega, Cadignano, Gaston, Mezzema, Musio, Pregasio, Priezzo, Secastello, Sermerio, Sompriezzo, Ustecchio, Vesio, Villa, Voiandes, Voltino Parish, which is the capital, are on the form with the City of Tremosine, with its 72 square kilometers of territory, is one of the largest in the province of Brescia. Can be reached from Limone, through the location Tamas, from Tignale along the "Tignalga", or along the road which from "Porto" on Gardesana, climbs up to Pieve. The natural environment is very different: the small towns nestle among valleys, hills, hills and plateaus covered with lawns, olive trees, pines. The altitude varies from 65 m, which instead Champion, the 1976 m Mount Caplone. Many trails that wind along the mountain sides, leading to reach those places that, until 1918, marked the border with the Austro-Hungarian Empire. There are also plenty of trails for hikers and lovers of mountain-biking, even for the most demanding. A bit 'of history

A prehistoric site was discovered by Arturo Cozzaglio at Pieve, at the top of the path of the port; prehistoric artefacts have been discovered near the Castle, and Lis Calvarice. Testimony of a settlement is probable Etruscan inscription found in the church tower of Voltino, now kept at Brescia: it cm. 40 x 40, bears a bilingual inscription deciphered only in part. Among the tombstones of Roman deserves to be remembered in one walled shrine at the crossroads for Ustecchio, together with the latter two large funeral urns were found with coins of the I-II cent. d. C. Tremosine was the object of contention between Brescia and Trento since the Lombards. A real war for its possession in the second half of the century. XIII. Then, by 1426, Tremosine also came under Venetian rule until 1797. In 1815 it became part of the Lombardo-Veneto, in 1859 became the Sardinian territory, in 1861, territory of the Kingdom of Italy, on the border with the Austro-Hungarian Empire until 1918.

Campione: from village to paradise for windsurfing and sailing

Campione occupies small alluvial fan formed by the river of the same name, at the foot of steep mountains. Here, on the initiative of Giacomo Feltrinelli, a cotton mill was built in 1896, with housing for workers and employees, school, theater, church, gardens, a real industrial village, which are still in evidence the main structures. Even in the fifties of last century there were employed about 1000 employees. With the closure of the factory, in 1981, Champion of the people had to invent a new economy: he found it in tourism, thanks to the constant wind that blows here. So they developed sailing, windsurfing and kite-surfing, that draw a lot of fans in every season. A road from the lake in the mountains Who looks at the houses of Pieve aligned edge of the plateau, about three hundred feet above the water, one wonders how a road could arrive there. For centuries, has joined a steep path to the port town, for centuries people have scrambled to carry firewood, coal, oil, grain, relying on boats and then the barges and boats in the early nineteenth century began to plow the Garda. Only in 1913, on a project. Artuto Cozzaglio and on the initiative of Don Giacomo Zanini, the road was built from the port up to the Parish and, therefore, Vesio. A real gem, nestled in the bowels of the mountain, along the gorge carved by the river Brasa. It is a must go in the car, stopping in places, enjoy the beautiful scenery and, where the gorge narrows into a bottleneck hell, stop to take some pictures. A lake disappeared

A Vesio, behind the moraine left by a glacier millions of years ago, opens the little bed of Lake Bondo. Water is present only in exceptional circumstances, following the most abundant rains that feed the stream. Many plant species are present, so that the Lombardy Region has established a nature reserve there. Here there is the possibility of comfortable walking.

Many of the towns in the district have their own church or chapel. It noted in particular: The church of St. John the Baptist Parish in which Romanesque bell tower of the eleventh century., With the altar of Our Lady of the Rosary (XVII), Our Lady of Miracles (XVIII), the Holy Family (sec. XVII), of SS. Rocco and Valentino, the Immaculate, the Last Supper. There are numerous paintings and wooden sculptures, among them, the choir of the sanctuary, the pews of the counter and the sacristy, the work of James Luchini, Condino (TN). The church of S. Bartholomew, in Vesio, with paintings by Gian Domenico Cignaroli, Bartolomeo and Antonio Zeni Staliani. Keep an organ, recently restored, the famous Callido Gaetano (1727-1813). The sanctuary of St. Michael, in the Valley, the trail that joins Lorina and Tremalzo. Probably built by the Lombards, who honored him as their patron saint, the building has undergone several renovations, in addition to the church, there is a hermitage. The tourism

Economic life is fundamentally linked to tourism, which since the seventies of the twentieth century has found its boom in Bassanega Voltino and, on the border with Lemon, which gravitates toward. The accommodation capacity is based on twenty hotels with about a thousand beds and hundreds of second homes.

The tourist season is coming increasingly stretching from Easter to the end of September. It is mainly the foreign guests loyal. The need for a tourism "sport" should be strong growth in the number of tennis courts, over sixty, in the Campi, Crags, Taken. Hiking and trekking, mountain biking, windsurfing, kite-surfing and sailing are other popular sports.

Get your welcome card.